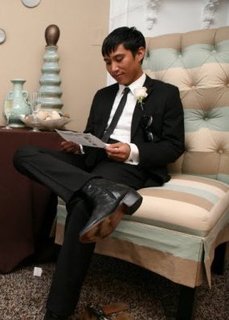 New York — I won’t say that I’m old, but really–I have slowed down a bit. For one thing, I rarely go out mid-week anymore for a gig, let alone for a reading and music showcase. And on any given evening in the dead of winter, the call of my comfy, warm bed has grown more enticing than any night-time jaunt.

But about two weeks ago, word filtered through the grapevine (aka, Facebook) that Richard Baluyut was playing a rare solo set.